Don’t have any $POT yet? 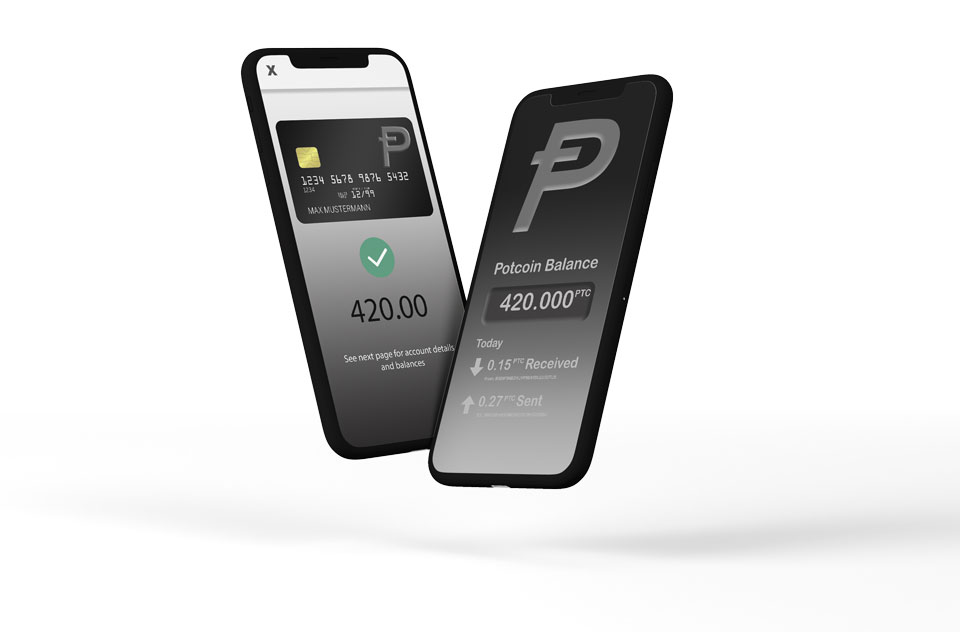 Ᵽotcoin Is a Proof of Work cryptocurrency, that was created much like Bitcoin was. Our first block was mined on January 15th 2014, simultaneously making PotCoin (Ᵽ) the very first industry-specific cryptocurrency; and marking the first use of blockchain within the cannabis/hemp & agriculture sectors.

Ᵽotcoin’s initial plan was to create a decentralized open source network to facilitate the transition of the legal cannabis industry into the digital age and so, on January 21, 2014, news was released publicly and the world started mining and supporting the network.

By 2015, several companies in the PotCoin community had made exclusive ATM (pATM) machines and placed them in several dispensaries in Colorado, making PotCoin one of the first crypto-centric decentralised organizations in history to have an exclusive interface with the public. While this was solving existential problems for dispensary owners, it quickly became evident that the general public wasn’t ready. The cryptocurrency industry hadn’t broken into the mainstream yet and customer behavior was still solidly anchored in cash payment.

In 2016, the tech team decided to switch the consensus algorithm from Proof of Work to Proof of Stake, thus aligning with the community premise of Ᵽotcoin. The transition to PoS allowed anyone with a computer to support the network and be a part of the movement as opposed to requiring extensive knowledge and specialized hardware. PoS was also much lighter on electricity compared with traditional mining facilities and therefore a much greener solution.

On June 12th, 2017 the community sponsored Dennis Rodman to go to North Korea and negotiate peace between the United States and Kim Jong-un, leveraging his personal relationships with both President Trump and the Supreme Leader. While this endeavor effectively promoted the pacifist values of the community, it also proved to be highly profitable for the notoriety of the coin and the project as a whole. Ᵽotcoin’s community grew 600% overnight.

On February 22, 2019, Ᵽotcoin unexpectedly lost their lead developer, Snowy13, to cancer. Jim was a seasoned coder with a hyperledger background who believed in the Ᵽotcoin mission and volunteered the (unbeknownst) last months of his life to the Ᵽotcoin community. The tragic loss of Jim marked a pivotal moment for the project by giving the core team a new and broader cause that aligned with Jim’s own beliefs towards blockchain and decentralization.

So, in January 2021, Ᵽotcoin prepared to move from its legacy chain to another community that holds similar values and equal love for decentralisation.