Over the past couple years we’ve watched and learned as the crypto-space has evolved and matured. There is no doubt that since 2014, PotCoin has experienced its share of growing pains, but we’ve been listening carefully to you, our loyal community, with the hopes of understanding, addressing and solving these issues and concerns and to bring to fruition everyone’s hopes and dreams for PotCoin.

While we’ve been great at getting people around the world to hear and learn about PotCoin, we realize we’ve encountered some roadblocks while trying to get everything else we’d hoped to achieve by now completed. After several months attempting to expand our development team, we finally found the missing piece of the puzzle.

In late 2018, we successfully enlisted two key professionals to help us get back to our roots, literally. The first being none other than the founder of PotCoin itself, Joel Yaffe. Joel stepped away in early 2016 to deal with a serious medical situation while the new team stepped in. Thankfully Joel is back on track, healthy as ever. As the founder of Ideas2Market, he’s been busy incubating tech ventures and taking products to market, including some in the cannabis and blockchain space. Fortunately his love and respect for PotCoin and its community has never faltered and now that he’s back, he’s ready to focus on the next chapter in the PotCoin saga. 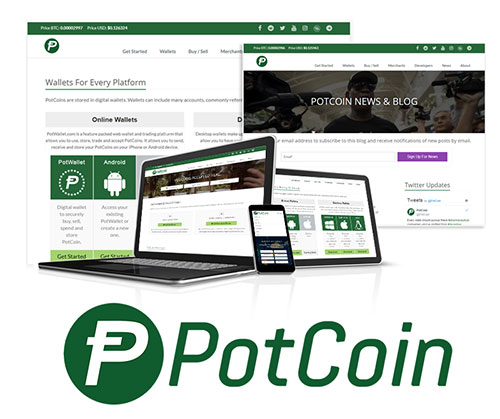 To partake in the testnet you will need to download a new PotCoin HD wallet which is available directly from our website: https://www.potcoin.com/wallets or through our Github: https://github.com/potcoin/Potcoin-Binaries. You will then need to acquire some “test coins” for the “testnet” from our faucet which can be found here: ADDRESS FROM JIM HERE