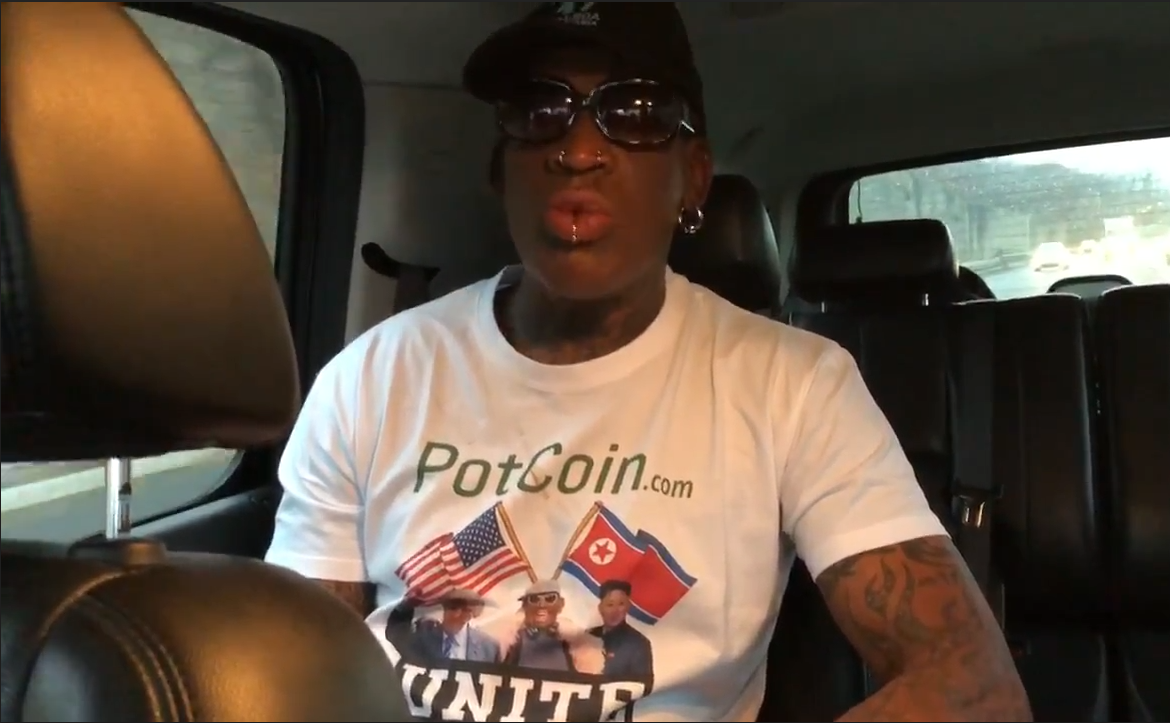 Amid nuclear threats, PotCoin sends Dennis Rodman back in an attempt to broker peace

NYC, NY – 12/06/17 – Hall of Famer and former NBA bad-boy Dennis Rodman embarks on a multi-stop trip in Asia-Pacific on Wednesday, December 6th, 2017, once again backed by the community-based cryptocurrency for legalized marijuana – PotCoin.

While the complete itinerary of his trip has not been disclosed, Rodman plans to make his initial stop in the US Territory of Guam, recently cited in the news as a potential target by North Korea. According to a recent publication, the Guam Visitors Bureau confirms that due to the growing political tension between the US and North Korea, tourism from almost every market except South Korea has been on a downward trend, the biggest being Japan. After North Korea’s threats of a nuclear attack, 7,556 flights were cancelled to Guam, resulting in a $9.5 million loss for the territory.

The initial leg of his trip will see Dennis Rodman meeting with military personnel, families and locals in an effort to show support for the territory with the hope of boosting the economy by proving its safety.

PotCoin has received numerous requests through social media and its website asking for renewed support to send Rodman in hopes of bringing peace. Rodman is in the very rare position to be able to claim long-time friendships with both the Supreme Leader of North Korea, as well as with the current President of the United States.

The former NBA star promises to provide additional details as his trip progresses over the next few days.

“I’m very appreciative of PotCoin once again believing in my mission through basketball diplomacy of peace and love, not war. Together we’re hoping to create real change in the world,” said Rodman.

For more information on how to use or trade PotCoin, please visit www.PotCoin.com.

For Dennis Rodman requests and/or his agent, please contact helpdesk@princemarketinggroup.com.