December 1st, 2017 – PotCoin, the digital currency that facilitates transactions within the legalized cannabis industry, is pleased to announce that it will be launching a promotion with the Canadian federally-licensed producer and distributor of medical cannabis WeedMD Inc. (TSX VENTURE: WMD).

In what appears to be the first association between a cryptocurrency and a licensed producer to date, PotCoin sees this as a major move towards faster adoption by cannabis vendors and suppliers. The licensed producer services the medical cannabis industry in Canada and has recently announced an expansion in anticipation of the upcoming legalization of recreational marijuana next year.

The exact details of the event will soon follow. What has been confirmed is that PotCoin community members eligible to purchase from WeedMD, will be afforded certain benefits when using PotCoin, regardless of whether they are new or existing patients.

While 2017 is coming to an end, many legal reforms are fast approaching in the cannabis space, from California allowing recreational use on January 1st to Canada legalizing it federally as of July 1st. PotCoin will continue to expand its initiatives in adoption and redemption of the coin by vendors and customers alike, as the number of countries and states changing their stance on the plant keeps growing. Updates on the cryptocurrency’s roadmap and projects are expected to follow soon.

PotCoin is designed to empower, secure and facilitate transactions in the legal marijuana space, with a direct impact on medical marijuana adoption and the opioid epidemic. The rising adoption and integration of PotCoin has helped both medical marijuana patients and suppliers alike. The lack of a banking solution has further pushed its adoption in markets such as the United States and Canada.

Dispensaries, growers, doctors, merchants and suppliers that are interested in integrating PotCoin as a form of payment, promotion, reward, etc. are invited to find out more about the benefits and how to sign up.

For more information on how to acquire or use PotCoin, please visit www.PotCoin.com.

For more information about WeedMD, access their investor presentation here. 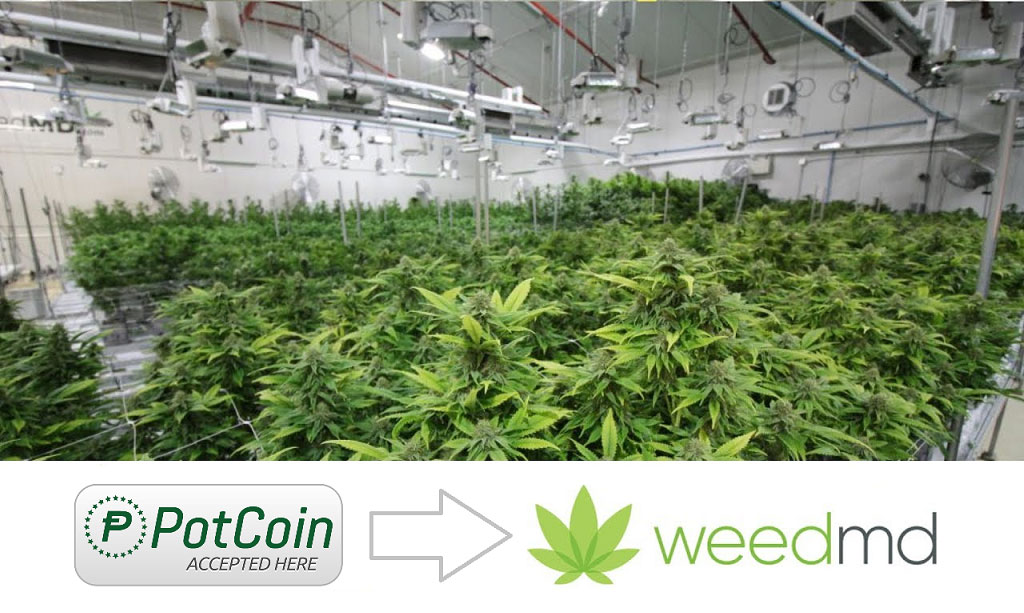