What started out as a simple vision for a solution to a real problem in an industry that is going through some major changes, much like the crypto space itself, we are in the midst of some very exciting times in the quest to legalize marijuana. For the past 3 years or so, we’ve been fortunate enough to have members of the PotCoin community provide contributions to the development of this much-needed coin.

While we’ve attempted to provide updates when possible, we know that many of you would like to see what’s being worked on more frequently and we couldn’t agree more. That’s why over the next few weeks, we plan to provide more regular updates on some of the many initiatives being worked on. Much of that hard work is coming to fruition and for now, we’re pleased to share with you some of the highlights:

For all the development inquiries we’ve received in recent months looking for easy entry points to program PotCoin apps, we are pleased to announce that you now have access to full API capabilities. So now, you can build whatever you want to support this great coin!

The dispensaries are coming! 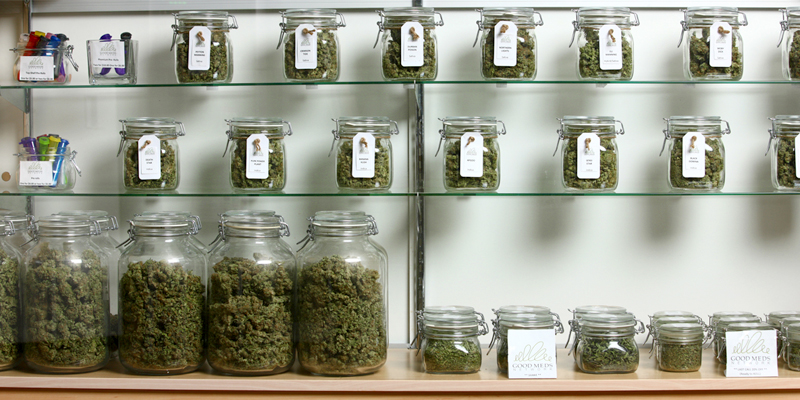 Over the next little while, we’ll be announcing our progress on that front and our forecast for the future. This is a huge part of what we’re trying to achieve with this coin, so we’re very excited that so many dispensaries have reached out looking to accept PotCoin.

Buying and selling PotCoin made even easier

PotCoin is already supported on some of the largest exchanges in the space like Poloniex, Bittrex, Changelly and we’re in talks to get it accepted on several more. Thanks to the overall exposure to PotCoin in the month of June, the community of peer-to-peer users on PotWallet is growing and the accepted options for payment are growing too. Based on business development inquiries received, there will be more options coming up in the near future as well, making it even easier to acquire PotCoin, without all the extra steps.

Over the coming months, we’ll also be making much-needed updates to the website. We want to thank those who provided us feedback and want to invite new visitors to provide theirs as well. We’ve also enlisted new community members to help with some of the other vital parts like social media posting of updates, responses, and industry news. Same goes for the support and ticketing system and the turnaround for development fixes – we appreciate your patience so far and can assure you that it is only going to get better.

In June, people around the world learned about PotCoin through the initiative of sending Dennis Rodman to North Korea. PotCoin was featured in the global news, from CNN and Washington Post to BuzzFeed and Mashable… even Steven Colbert managed to squeeze it into his monologue! At that time, we saw PotCoin’s market cap hit an all-time high of close to $36M and it now sits at over $20M (according to coinmarketcap). That an increase of over 600% from where it was at the beginning of this year! And we’re confident that with everything being worked on this year, and with what we hope our community will build upon now that they can, the interest and adoption of PotCoin will only continue to increase.

The cause behind the coin

We’re committed to joining the fight with so many already out there, working to ensure that legalization is adopted more widespread so that PotCoin can serve its purpose. Even if you’re not a consumer yourself, there are so many positive reasons to legalize cannabis – from reducing the financial debt incurred by enforcing cannabis possession laws (approx. $3.6 billion annually in the US alone) to the increasing studies that show marijuana’s positive effect in the medical field, such as helping fight cancer and reducing epileptic seizures. And let’s not forget the current epidemic of opioid deaths, predicted to kill nearly 500,000 Americans in the next decade, which could be greatly reduced by medical marijuana! Our mission can only get easier if more people are made aware of the facts behind why legalization is so important.

Development, integration, adoption, as well as many more fun and exciting ways to get people from everywhere around the world to know about PotCoin! And if you haven’t yet done so, join the community and send us your ideas, thoughts, questions… You’ll be helping everyone!